Magnesite bricks are well-known for their resistance to alkaline slag and low sensitivity to iron oxide and alkaline compounds. Magnesite bricks are an essential type of alkaline refractory. These materials are generally utilized in glass furnace checkers, as floor bricks in electric arc furnaces, and occasionally as back layers in BOF furnaces, where they are often bitumen coated. Magnesite compounds are also commonly employed as a slide gate or a monitor to control molten steel flow in continuous casting processes.

Magnesium and magnesium chloride are the main raw materials for the production of alkaline bricks. Magnesium is found in crystalline form in nature. The chemical formula of magnesium is calcium. Magnesium can also be produced from industrial wastewater.

The manufacture of refractory magnesite bricks

For the production of magnesite bricks, various forms of magnesite are accessible. Their purity ranges from less than 90% MgO in natural deburnite to more than 96% MgO in synthetic magnesites.

Many actions have been undertaken to create magnesite with refractory solid characteristics. Because magnesia has a very high melting point of roughly 2800 degrees Celsius, the amount and kind of impurities present often dictate the ultimate stubborn qualities of magnesite brick. In practice, a deadburn magnesite’s refractory property is improved by reducing the number of pollutants, modifying the chemical characteristics of the impurities, or both. Magnesia refractories are available in baked and chemically bonded forms.

For convenience, these refractories are chemically divided into two categories,

Bricks with a lime-to-silica ratio of more than two are usually of higher purity than bricks with a dicalcium silicate bond. This high chemical purity makes them suitable for special applications.

These bricks may include a high level of boron oxide to offer hydration resistance. Due to economic constraints, these bricks are sometimes manufactured with less purity than natural dead burnt magnesite (about 95% or less). In some circumstances, bricks are manufactured using pure magnesite with more than 98% MgO to improve refractory properties. 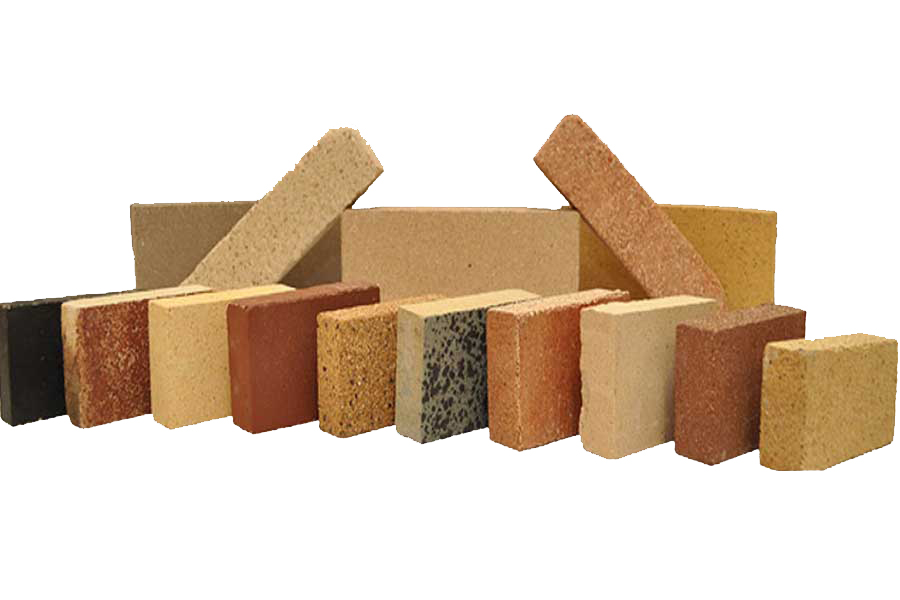 This brackish water contains small amounts of minor minerals derived from limestone or dolomite and the brackish water itself. The natural magnesite mineral contains small amounts of minor minerals such as dark chalcedony dolomite or jamanite and quartz, as well as lime carbonate as a solid solution. Magnesium carbonate is present in many magnesites. Materials that contain crude magnesium are approved or sealed in rotary kilns or shafts to be ready for use.

Deadburn cooking involves a high-temperature heat treatment in which water or carbon dioxide is chemically removed from the hand mixture to convert the remaining product into dense granules and a material resistant to moisture and ambient carbon dioxide. Additives such as iron alumina silica or lime may be added to obtain the desired composition. This process separates magnesium hydroxide into magnesium and water vapor, as well as magnesium carbonate into magnesium and carbon dioxide gas. The simple reason product, known as the magnesium brand, is basically a set of pre-class crystals with a fine-grained crystalline background, usually made of magnesium silicates and less calcium.
The magnesia color of Deadburn changes from white to pea yellow or yellowish brown with a small amount of iron oxide. Dedburn magnesium, which contains a few percent iron oxide, is generally chocolate brown in color, and microscopic observations show that periclase crystals are composed of dark moss-like material known as magnesiophrite. The most appropriate amounts of by-products and their proportions depend on the application of the product. Deadburn magnesia used in kiln laundry has more ancillary components than magnesium used to make bricks. The compounds of most commercial Dedburn magnesias used in the United States are listed in Table 2. In recent years, very specific Dedburn magnesites containing 99% MgO have been widely used.

The exact mineral composition of magnesia seeds can not be accurately calculated from the chemical composition, because data mining in relation to the 6 components of the system MgO – CaO – AL2O3 – FeO – Fe2O3 – SiO2 – is not available and also in the short time that During the motherboard process, the material is exposed to high temperatures, the equilibrium conditions are not fully achieved. But the major components can be identified through advanced research and X-ray diffraction.